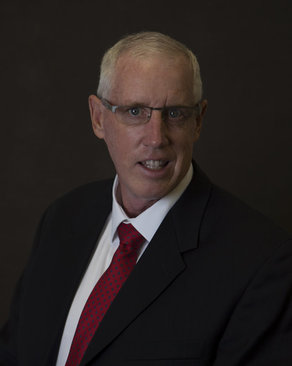 (Deshler, NE 5-25-17)  It all started in the spring of 1978 when Brad Weatherl began working as an engineering draftsman for Reinke Manufacturing. Over the last 39 years Brad has climbed the ladder to secure his role today as the Manag-er of Mechanical and Structural Engineering. When it comes to creating and designing new inventions, Brad is the guy you want on your team.

Brad is very passionate about what he does. He loves coming to work knowing that every day is going to be different. He enjoys the challenge and problem solving that comes along with engineering new products.
“One of my favorite things about Reinke is the small town atmosphere and the people, they make you feel right at home”, stated Weatherl.

“One of my favorite things about Reinke is the small town atmosphere and the people, they make you feel right at home.”

When Brad isn’t at work he enjoys gardening, being outdoors and spending time with his grand kids. Even when Brad’s at home he can’t seem to put his engineering hat down. He recently built a tiny house for his grand kids out of an old corn crib. When the question about retirement came up, Brad stated that it’s crossed his mind, but he loves what he does at Reinke and it’s just not the right time yet.