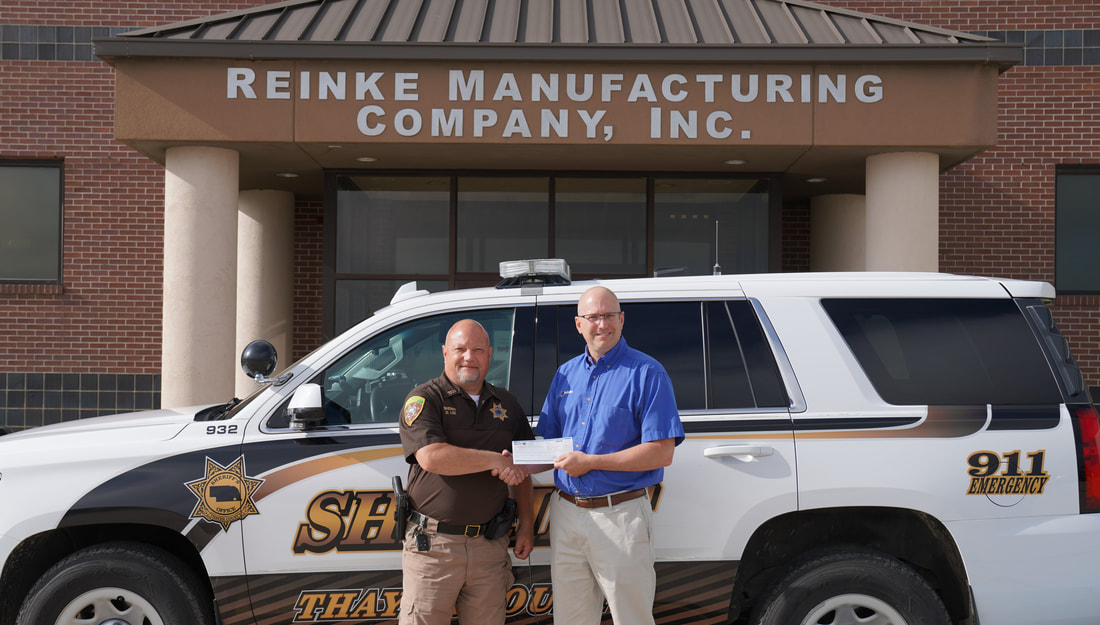 (DESHLER, Neb.) – Thank you to Reinke Manufacturing for donating $5,000 to the Thayer County Sheriff’s Department. The funds will be used for a K-9 dog for criminal and drug interdiction.

Sheriff David Lee stated the decision to purchase the K-9 dog was due to more drug activity. Highways 81 & 136 have large amounts of traffic going through the area. Rural areas are prime locations for drug traffickers because the law agencies are not as plentiful or have the number of personnel the cities do.

The dog is from Poland and was purchased from a breeder in Texas. The vendor flew to Poland and selected several dogs for their temperament and background.

Sheriff Lee is excited about the opportunities of having a K-9 dog for Thayer County. Drugs are more prevalent in the area than you realize. In the event, area towns need assistance – the Thayer County K-9 team will be there.
​
Anyone interested in helping support the K-9 program, donations will be accepted. Help Thayer County take a “bite” out of crime. Contact the Thayer County Sheriff’s Department at 402-768-6139.

About Reinke Manufacturing: ​With hundreds of dealers in more than 40 countries, Reinke Manufacturing is the world’s largest privately held manufacturer of center pivot and lateral move irrigation systems. Family owned since 1954, and headquartered in Deshler, Neb., Reinke develops products designed to increase agriculture production while providing labor savings and environmental efficiencies. Reinke is a continued leader in industry advancements as the first to incorporate GPS, satellite-based communications and touchscreen panel capabilities into mechanized irrigation system management. For more information on Reinke or to locate a dealership, visit www.reinke.com or call 402-365-7251.
© 2021 REINKE MANUFACTURING CO., INC.
ALL RIGHTS RESERVED